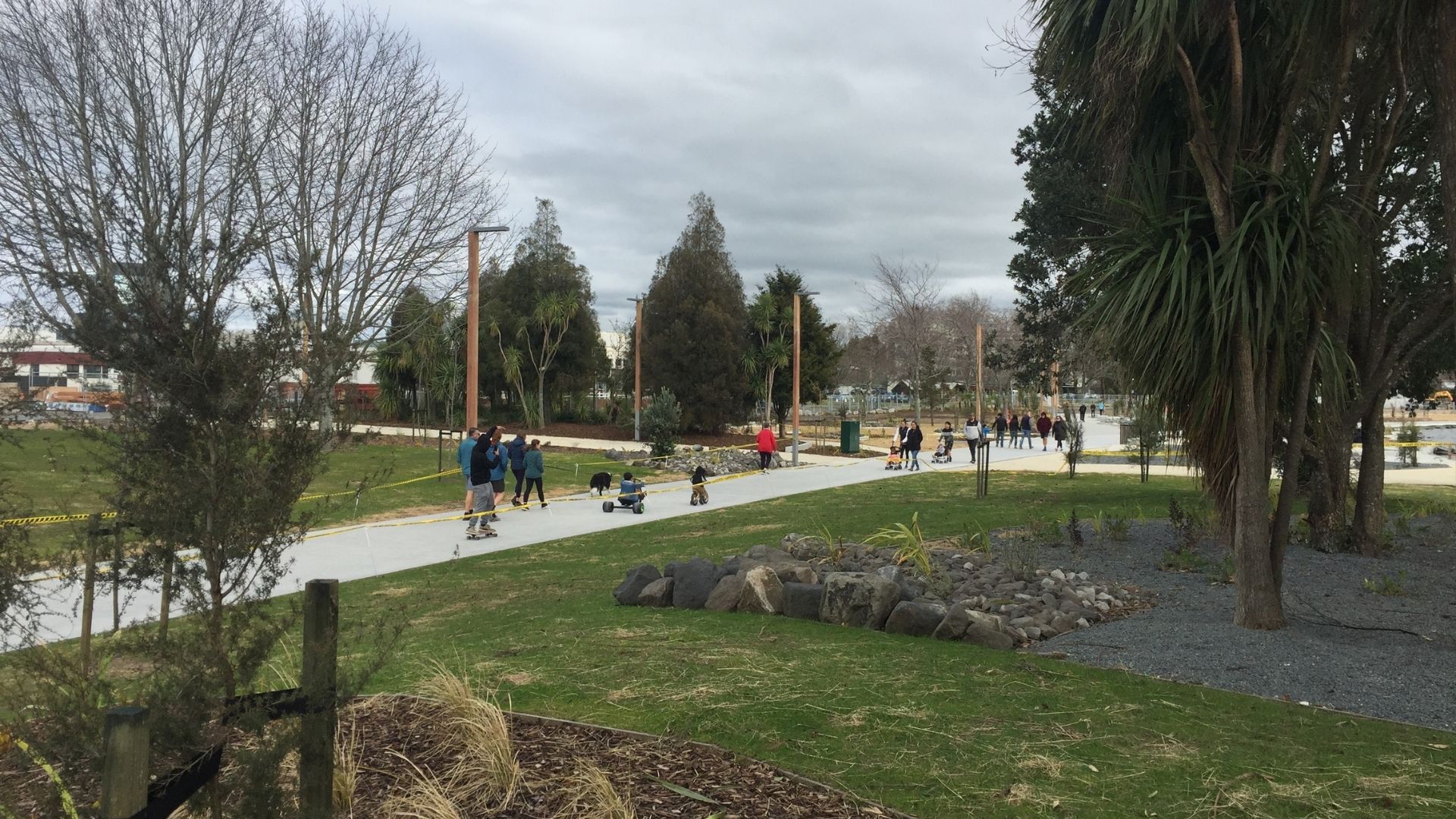 The largest of our region’s lakes, Rotorua is a volcanic caldera, formed from the crater of a large volcano.

Rotorua city, located along the southern shore, was named after the lake, shortened from its full name, Te Rotorua nui ā Kahumatamomoe. This name was given by the explorer Ihenga, a grandson of the captain of Te Arawa canoe Tamatekapua.

Lake Rotorua is shallow and the most productive trout fishery in New Zealand, with both rainbow and brown trout in large numbers making it extremely popular for fishing.

The Rotorua Lakefront is a central hub for locals and visitors to enjoy, and home to a number of lake-based tourism activities.

The area is currently undergoing significant redevelopment, and the new boardwalk which opened in July 2021 features multiple wider pathways alongside the shore, projecting into the lake, and criss-crossing in some areas. They're perfect for enjoying the waterfront by foot or bike.

Work on the western end of the lakefront will commence in 2022, including the Whare Waka for the Te Arawa Waka Taua, and space for commercial activities.

On the shore of the lake, Ōhinemutu was a Māori settlement before the city was established, chosen for the abundant geothermal energy for cooking, bathing and heating. While you can wander around the village, to fully appreciate the stories of this special place, we suggest joined a guided tour from Kia Ora Guided Walks.

Sulphur Bay Wildlife Refuge on the south-eastern shore of Lake Rotorua is home to an array of bird species thriving in the active geothermal environment. The water in this area is a milky colour due to sulphur suspensions in the water. You can walk or ride through Sulphur Bay, and it’s part of Te Ara Ahi cycle trail. Because this area is home to endangered native plant and birdlife, dogs are not permitted.

Mokoia Island, a rhyolite dome, sits at the centre of the lake. Best known for the famous love story of Hinemoa and Tutanekai, the island has strong cultural and historical significance, and is now a wildlife sanctuary for native birds and regenerating native plant life.

How to find us?

A popular location for fishing, picnics and boat activities.

Hemo Gorge Trail is two-way, Grade 2, shared trail that takes cyclists and walkers off SH5 for access to the Waipa Mountain Biking car park. It is part of the Te Ara Ahi cycleway that continues to Rainbow Mountain. The trail is 1.5km from the Te Puia carpark to the Waipa car park (actual trail length to Waipa trailhead: 1.5km).

At the eastern end of Lake Rotoiti is Hinehopu Reserve, well-known for shoreline fishing.

View Details
Back to listings