Rotorua is celebrated on screen as Cousins hits Kiwi cinemas

With its diverse landscape and being home to a talented group of filmmakers and storytellers, Rotorua is today celebrating its role as the lead location in Kiwi film Cousins.


The film Cousins was released nationwide in cinemas today, following its world premiere in Rotorua last night. It will then open in Auckland when the Alert Level changes.

The directors of Waru (2017), Briar Grace-Smith and Ainsley Gardiner, helm this time-transcending Māori drama based on Patricia Grace's novel about three cousins, separated by circumstance, and their long journey to find each other. Shot over six weeks in Rotorua and Wellington, Cousins has been described by reviewers as "a deeply moving dramatic triumph" (Flicks.co.nz).

With the local screen industry estimated to have spent $2m in the region in 2020 and expecting to grow to $4m in 2021, Rotorua is fast cementing itself as a welcome home for film projects in Aotearoa. The region has featured as a key location in a number of films and television series including Pete’s Dragon, Yogi Bear, Without a Paddle, and the upcoming Vegas TV series. With Rotorua Economic Development (RED) investing in the local film sector in Rotorua, it looks to grow its presence in the district and capitalise on the strength of indigenous storytelling here in Rotorua.

Andrew Wilson, RED interim CE, says, “We’re extremely proud that Rotorua was chosen as the main location for the filming of this world-class production and that our local talent also played a significant part in making this stunning film come to life.

“Cousins provided our local talent with the privilege to be a part of a legacy production that began with pioneering Māori filmmaker Merata Mita’s dream of turning Patricia Grace’s book Cousins into a movie.

“Supporting last night’s local world premiere held here in Rotorua was an honour and we look forward to continuing to support this evolving industry and further develop our local talent and infrastructure.”

RED’s support of the local industry has also included sponsorship of the Rotorua Indigenous Film Festival, and support for Waiariki Film Studio’s development of a studio in Rotorua. The studio's White Street location consists of a 1,000m2 stage, with additional workshop and office spaces which can service small to medium New Zealand projects such as the recent TV series Vegas. With the government's Provincial Growth Fund funding confirmed for the development of a larger sound stage, the Waiariki Film Studio team is looking to establish Rotorua as an indigenous film hub.

Co-director for Cousins, Ainsley Gardiner, said, “Shooting Cousins in the Rotorua region gave us the opportunity to work with local Māori, both in front of and behind the camera, creating a huge amount of inspiration and excitement for young Māori in the film industry. It also fulfilled a long-term goal of mine to work in one of my tribal areas.

“Beyond that, the more films that are shot in the Rotorua district, the greater its capacity will be. Rotorua will become known not only for its beautiful scenery and welcoming, hard-working people, it will also have the capacity to service large-budget international films.”

Take a timeout in Tarawera 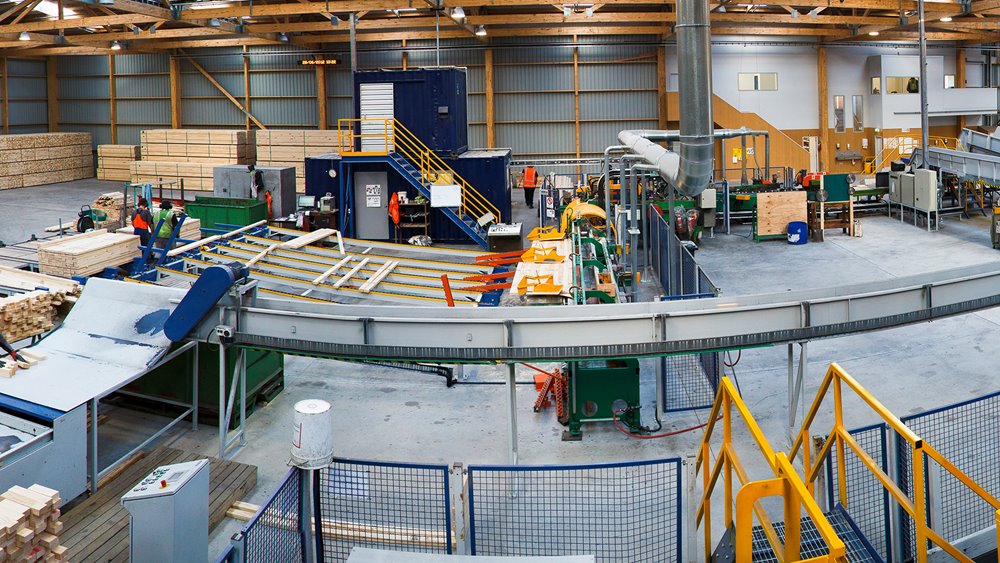 Rotorua to become the new wood capital of New Zealand

Bike shorts and a pandemic: A lesson in endurance