Share
The value that business events bring to their host communities is seldom talked about, but an event held in Rotorua recently has a lot of people talking – especially local school children who benefited from an $8,000 donation.

When Gree New Zealand, a branch of the world’s largest air conditioning manufacturer, came to Rotorua for their inaugural conference, they were looking for a way to give back to the community.

“Part of the Gree culture in China has always been to help and support others through charitable donations and volunteering. Beijer Ref, the owner of Gree NZ, also has this ethos so it was an easy decision to include an auction to support a local charity in the Rotorua region,” said Gree business unit manager Roger Lee.

Wellington-based event organiser OneNineFive, who managed the Gree conference, contacted us to find a local charity that aligned with their conference theme ‘Inspiring Innovation’. Out of the selections, Gree chose to support the robotics programme run by Rotorua Lakes Council for school children.

“We have been involved with education and supporting training within our industry for quite some time, so when looking for a suitable charity, the robotics programme in Rotorua formed a close-fitting alliance with what we have done in the past, training and supporting young people in the fields of engineering,” he said. 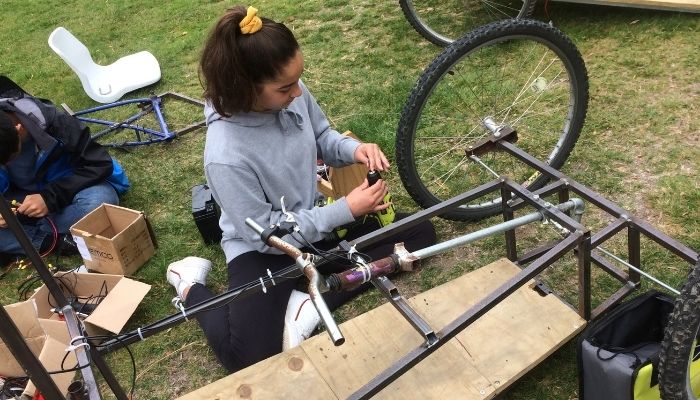 RoboCup Junior NZ, NZ AquaBots and EVolocity are courses within the Rotorua Museum robotics programme that aims to inspire the next generation of scientists and engineers. All three are open to children from five years and older, and have national competition components. The robotics kits aren’t inexpensive, so the programme relies on funding from the likes of Tompkins Wake, Rotorua Energy Charitable Trust, and others.

“This is probably our biggest lump sum donation with no strings attached,” said Jessica Wilkes, Rotorua Museum digital technology educator. Jessica runs the programme almost single-handedly, from the admin and organisation, to hauling equipment from school to school and teaching the courses. The courses are free to Rotorua schools, whereas other schools based around Rotorua pay a fee.

“This year so far, I had just over 1,500 students go through our day courses, plus 1,200 in the after-school and holiday programmes. I also try to support and run regional competitions.”

These children, mostly from low decile schools throughout the Rotorua region, learn how to build aquatic robots, electric go carts and robots that act or race through an obstacle course.

“I’m really passionate that everyone should be able to access this kind of programme. We have 17 decile 1 and 2 schools here; that’s almost half of all the schools in Rotorua. That’s huge. If we can get these kids into this kind of stuff, that’s just going to do fantastic things for our economic climate here in Rotorua.

“One of my goals for the next couple of years is to teach every kid in Rotorua to code, because if we have a whole population who understands the programming language, that brings digital technology companies here because they know they can employ people here who understand their needs, whether that’s in testing, development, programming, the whole bit.”

Jessica has a raft of items on her needs list that the donation from Gree NZ will be used for, including a couple of new opportunities such as working with Big Brother Big Sister, and with detainees and staff at Te Maioha o Parekarangi Youth Justice Residence.

For Big Brother Big Sister, it’s about providing opportunities for ‘Bigs’ to get involved in things like AquaBots and EVolocity which are too expensive to pay for because they’re  encouraged not to spend money on their ‘Littles’, just their time.

Working at the youth justice centre “is about getting them excited and seeing potential for them out there,” Jessica says. “Let’s not boost cars, let’s make cars.”


What can the detainees and school children see in their future?

“Engineering in all of its forms, robotics, mechatronics, programming like web design, game development, any of the other back end stuff, even through into science,” Jessica said.

“Just think, if we could get just 10% of all the kids in Fordlands into a technology engineering career, what would that do for the economy? I just think it’s stuff like that, that is going to help build the future of Rotorua.” 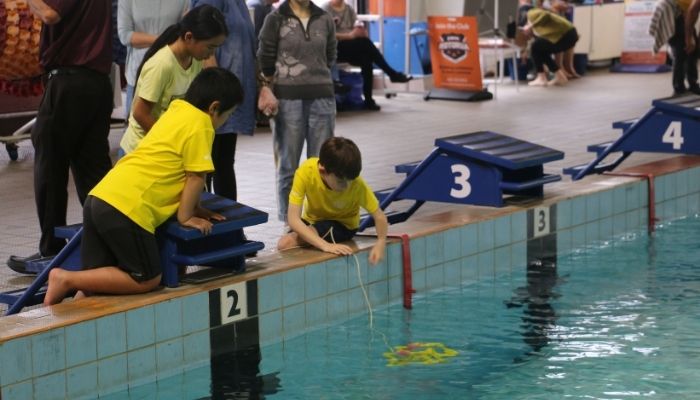 Rotorua activities for your conference